Snowtown Wind Farm 2 is one of the most modern wind farms in Australia.

Up to 430 meters above sea level and less than 50 kilometers from the coast, wind is a constant feature in the Barunga and Hummocks Ranges of South Australia.

“Snowtown Stage 2 was the first project in Australia to deploy the Siemens direct drive machines, a major leap forward in turbine technology.”

Loading of the Wind Farm turbines for Snowtown SA

The Sale of Snowtown Wind Farm 2

On 17 December 2019, Tilt Renewables revealed that the Snowtown 2 Wind Farm was sold

The Snowtown 2 wind farm transaction is the biggest such sale undertaken in Australia.

The Deal and the Future

New Zealand's Tilt Renewables sold its shares in the Snowtown 2 wind farm in South Australia for $472 million, making it the largest wind asset to be sold in a single transaction in Australia.

Palisade and First State Super will pay $472 million and also take over $611 million in debt.

The sale to Palisade Investment Partners Limited and First State Super will free up capital for the company to invest in new wind farms and battery storage projects in Australia and New Zealand, said Tilt Renewables chief executive Deion Campbell. 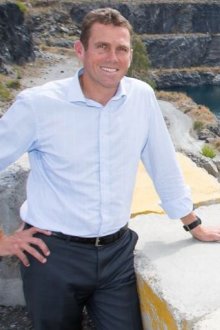 "The front-running option for a battery investment is linking one up to the Snowtown 1 wind farm in South Australia," Mr Campbell said.

The ASX-listed electricity generator said the sale of Snowtown 2 is likely to generate net proceeds of about $455 million for the company after transaction costs are factored into the deal, which is expected to close out before the end of 2019.

Tilt, which is majority owned by utilities investor Infratil Ltd, said the 270 megawatt wind farm will be sold with Snowtown 2's existing project finance facility, which has an expected balance of about $611 million, bringing the "enterprise value" of the deal to $1.07 billion.

Tilt Renewables is committed to providing financial support to the local community through community benefit programs.

The Snowtown 2 wind farm is a respondent to legal action by the Australian Energy Regulator over the 2016 statewide blackout.

Not One, but Two Batteries to be built

Infrastructure company Palisade, which is buying the Snowtown wind farm, says it will look at

“We intend to undertake a full feasibility assessment of the solar farm opportunity as part of the transition of ownership from Tilt to Palisade,” said James Hann, investment director at Palisade.